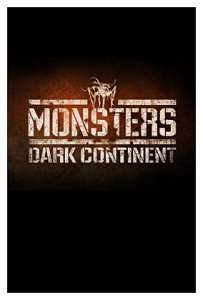 Sequel to Gareth (Godzilla) Edwards’ Monsters takes place years after the first film with the monsters spreading to the Middle East. As the U.S. military attempts to eradicate the creatures, the heavy bombing of Arab cities has not only produced a lot of civilian casualties but, a rising anger towards American troops and a growing and dangerous insurgency. The film focuses on a group of soldiers from Detroit whose squad goes deep in enemy territory to find some missing troops. They face danger on all sides as they are surrounded by monsters and insurgents alike. Sequel is actually not a bad movie though, it is a very somber and bleak one. It focuses on the human element much like Edwards’ first film and presents a seemingly hopeless situation as the monsters are spreading and so is the division between those trying to stop them. It raises questions about U.S. involvement in Middle East affairs while presenting a fairly engaging film about troops being overwhelmed by the horror of war both on the human and inhuman fronts. Definitely about 10-15 minutes too long but, actually far better than expected from some heavily unfavorable early word. Film is written by Jay Basu and competently directed by Tom Green.

A really engaging cast elevates this routine British romantic comedy about skater girl Kim (an endearing and adorable Felicity Jones) who becomes a chalet girl in the Austrian Alps to help support her out of work, widower father (Bill Bailey). There she finds friends, love and her inner ski boarding champion amongst the rich vacationers and the free-spirts who work for them. The flick is harmless and fun and actually very energetic as directed by Phil Traill from Tom Williams script. But, it is a top-notch cast including Brooke Shields, Ed Westwick, Sophia Bush and the incomparable Bill Nighy, the really gives this a heavy dose of charm. It’s harmless and cute and never takes itself too seriously and the fun the cast appear to be having making it…no more evident than the outtakes during the credits that illustrate the actors’ camaraderie…translates to the screen. A very enjoyable little movie that is a lot of fun and has a cast that lifts it above it’s familiar trappings.