Can’t have Halloween without zombies, so, whether they are fast or slow moving, eat brains or …well, all of you…here are 25 zombie flicks that you might want to sink your teeth into…or will sink their teeth into you…during the Halloween season! (Also, remember some of these are part of a series and a few have decent remakes which can be part of a theme film-fest along with your favorite beverages!)

1. Night Of The Living Dead (The 1990 remake directed by Tom Savini isn’t bad either!)

5. The Gates Of Hell

7. The Return Of The Living Dead

8. Return Of The Living Dead 3

15. Let Sleeping Corpses Lie (aka The Living Dead At The Manchester Morgue)

17. Tombs Of The Blind Dead (also part of a creepy four film series) 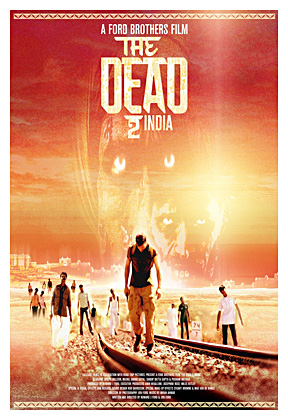 The Ford Brothers 2010 The Dead is, in my opinion, one of the best zombie flicks in recent years. It offered nothing new, save the exotic location of Africa, but, did deliver the traditional zombie goods and quite well. They finally have returned for a sequel and while it doesn’t quite have the impact of the original film, it is still a solid and quite gory zombie flick on it’s own.

Film follows the first movie’s plotline by having an American… also an engineer… in a foreign land trying to make it to loved ones once the flesh eating dead start to rise. This time it’s Nicolas Burton (Joseph Millson) who must cross 300 miles of zombie infested countryside to get to his pregnant girlfriend Oshani (Meenu Mishra) and a possible flight out in Mumbai. The film appears to take place at the same time as the original The Dead, as the film opens with a merchant ship returning from Somalia with news on the radio telling of sudden acts of violence and cannibalism on the African continent and, of course, one of the Indian merchant seaman was been bitten by a ‘crazy woman’, while in Africa. Soon the infection spreads through India’s overcrowded streets and thus sets our story in motion. Can Nicholas get back to Oshani and with a young boy, Javed (Anand Goyal) in tow?

While The Dead 2 is a solid zombie flick and entertaining, I do feel it didn’t quite have the intensity and impact of the original. The Fords gave the first The Dead a haunting quality that doesn’t quite emanate as well here, though it does have it’s moments. Maybe it’s because the film follows the structure of the first film so closely and with the familiarity of it’s traditional zombie film elements, that it just doesn’t grab us like the first film did. I also don’t think that writer/directors Howard and Jon Ford quite captured the desolation and hopelessness of the situation with their camera shots as they did so well in the first film, though Jon Ford’s cinematography does again make good use of the exotic setting quite well and the film does have many a chilling moment. There is more than enough zombie action and the film stretches it’s R-rating to the limit with plentiful and well-orchestrated blood and gore and make-up FX. There are some suspenseful tight spots and the Fords even add a spiritual element through the Hindu religion followed by many of the film’s characters.

The cast are all fine. Millson is a solid enough hero but, I don’t feel he was quite as strong or endearing as the first film’s Lt. Brian Murphy (Rob Freeman). The character is put through an emotional wringer though, and is give a little depth,with his drive to get to Ishani fueled by painful past experiences and, Millson does handle it well. Goyal is very likable as Javed who is wise and street-smart beyond his young years and avoids being the ‘annoying child character’ thankfully. Millson and Goyal have a nice chemistry   though, I liked the first film’s dynamic between Murphy and African soldier Dembele (Prince David Osei) better. It was more interesting. Meenu Mishra doesn’t have much to do but, look scared and worried and argue with her father (a solid Sandip Datta Gupta) but, she is fine and plays her part in the plot adequately. I did have a little problem understanding some of the thick Indian accents at times but, I won’t hold that against the flick.

So, overall I liked The Dead 2… or The Dead 2:India depending on what it’s called in your corner of the world… it wasn’t as intense or engrossing as the first film but, it still has plenty of what fans of The Dead, or zombie films in general are looking for. The film does suffer a bit from the familiarity of it’s story and surrounding elements but, still presents them well and delivers zombie action in bloody abundance. An enjoyable sequel even if not quite an equal.

These are 15 favorite… plus one honorary mention… horror flicks from the last 5 years that really grabbed me or entertained me and I re-watch/recommend quite often! 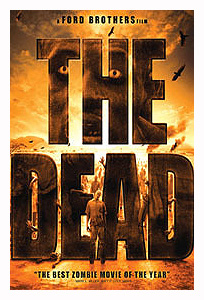 African zombie film may not bring much new to the zombie sub-genre then it’s setting but, it damn sure knows how to present the familiar trappings well. As a zombie plague ravages Africa, and the world, an American military man (Rob Freeman) trying to get home to the States and a local soldier (Prince David Oseia) searching for his son, are thrown together as they both try to make it across zombie infested country to find a way back to their families. But, the flesh eating dead are all around them and would rather see them as their next meal. The Dead may not be an original zombie film but, it knows how to deliver what we expect from one. The directing and writing team of the Ford Brothers, Howard J. and Jonathan, know how to keep things moving and how to deliver scares and suspense without skimping on the blood and gore. The characters are likable and we care about their dangerous journey, which adds strength to the story and thus the effectiveness of the horror and carnage. The vast African landscape gives a heightened sense of desolation and hopelessness as the living dead seem to be everywhere our protagonists go, making us root for them even more as their situation seems to get grimmer and grimmer the further they travel. As the two characters try to hold on to their hope, so do we hope that they’ll make it. The production value is good and the gore is top notch and seems to be live effects with no recognizable CGI in sight. The cinematography is beautiful and gives a stark contrast to the horrors going on within the exotic landscape and the original score by Imran Ahmad adds to the haunting atmosphere. Lucio Fulci meets Sergio Leone in this good old fashioned, blood spattered zombie flick! A sequel is on it’s way, this one set in India.