Not sure what is the worst thing about this cliché and incredibly routine flick, the fact that it blatantly lifts scenes and plot elements from Poltergeist and the Paranormal Activity series, or that this boring and unimaginative waste of time is from Greg McLean who made the intense and disturbing Wolf Creek.

C0-written, with S.P. Krause and Shayne Armstrong and directed by Greg McLean, film has the Taylor family (Kevin Bacon and Radha Mitchell) taking their daughter Stephanie (Lucy Fry) and autistic son Michael (David Mazouz) to the desert for a camping excursion. Michael strays away, finding a hidden cave and removing some ancient Native American ceremonial stones. An angry spirit comes home with him, as does every overused haunted house cliché McLean and company could think of. Boring, horribly derivative and yet took three writers to come up with. The most disturbing thing about it is the use of an autistic boy as a victimized plot device. Still can’t believe this is the same guy that gave us the nail-biting Wolf Creek and the nerve wracking giant alligator flick Rogue. 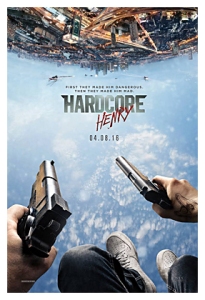 Absolutely awful waste of time is a headache inducing tale of a man named Henry (played by various cameras) who is killed and resurrected as a cybernetic killing machine. The film is told completely from his POV as he rebels against his creators and tries to rescue his wife (Kristy’s Haley Bennet), who is a scientist that works for his makers. Helping him is rouge scientist (Sharlto Copley) who also bares a grudge against the megalomaniacal Akan (Danila Kozlovsky), who is behind all this.

As written and directed by Ilya Naishuller, this annoying and grating mess is a pathetic attempt to appeal to the gamer generation brought up on violent and gory POV video games. Based on the dismal box office, they failed. Complete garbage and an utter waste of 90 minutes spent doing almost anything else. Haley Bennet was so good in Kristy, and I hope being in this junk isn’t a mistake for an actress that shows a lot of promise. Best for her career this film is forgotten as soon as possible. I’d like to forget it, I know that. 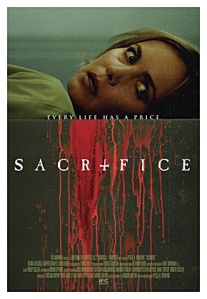 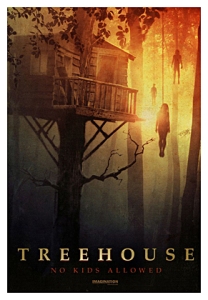