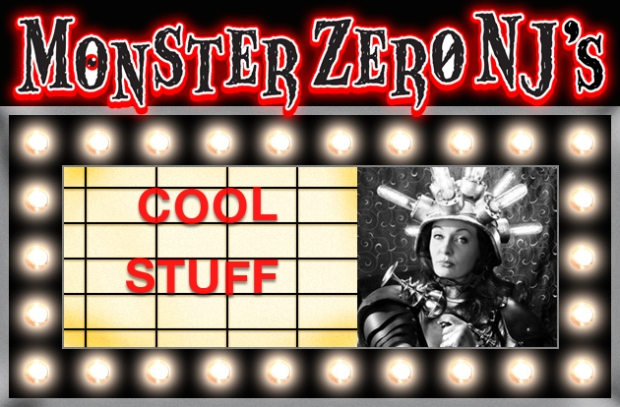 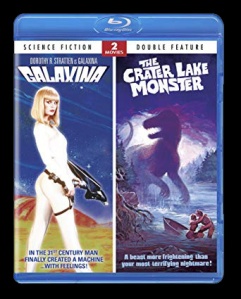 It’s amazing to live in an age where two B-movies like these can get a nice remastering and blu-ray treatment. Both flicks are from the long defunct Crown International Pictures and both are nostalgic titles, as I actually saw them in a theater back in the day…when stuff like this still got a theatrical release. While this Mill Creek Entertainment disc is itself out of print, it is still available through E-Bay and independent sellers on Amazon, which is how I got mine.

Both movies look great considering their age and that they were very low budget to begin with. Galaxina is presented in it’s original 2:35.1 aspect ratio with The Crater Lake Monster being presented in it’s original 1:85.1 aspect ratio. The picture on both are colorful with the film prints having only marginal wear. The images are sharp and there is some nice contrast. For low budget movies from the late 70s and early 80s, they look really good, especially considering the disc originally went for less than $15. The audio is only Dolby Digital and DTS 2.0, but considering the age of the movies in question, the sound quality is not bad. There are no extras, but as this was a bare bones release, that was to be expected. If you are a fan of either flick or both, it’s worth checking out Amazon or E-Bay to get a copy while they last. Shop around, I got mine for less than $25 including tax and shipping.

This is a time where digital technology can make a lot possible and this disc is a good example. These were two “drive-in” flicks from a company that produced a lot of movies on this level, but gets sadly overshadowed by rivals New World Pictures and American International Pictures. It’s wonderful that these flicks got the respect they deserve and hopefully they don’t stay out of print for too long.

Galaxina is a low budget 1980 space spoof that would normally have been long forgotten except that it is remembered for being the first starring role of 1979 Playmate of the Year, Dorothy Stratten, who was savagely murdered by her estranged husband two months after the film’s release. Stratten played the title role, a beautiful female robot that space cop Thor (Stephen Macht) falls in love with and then has to be rescued when a mission goes awry.

Without the infamy of Stratten being a cast member, Galaxina is 90 slow-paced minutes of flat jokes, cheap production value and so-so SPFX elevated slightly by some 80s nostalgia. It is directed very by-the-numbers by William Sachs (The Incredible Melting Man) and he fails to give it the energy a homage/spoof like this needs. As he is script writer as well, Sachs is also to blame for the lack of laughs or cleverness the film is vacant of. One also has to question the logic of a movie that hires and promotes a Playboy Playmate of the Year as the star and then keeps her completely covered up the whole time. The flick also stars Ronald J. Knight as the robotic villain Ordric, who was voiced a la Darth Vader by Percy Rodrigues and comedian Avery Schreiber appears as the ship’s captain, Cornelius Butt.

Overall, this is a dull flick sadly made infamous due to the tragic death of it’s beautiful star. It does have some nostalgic meaning to me personally, though, as I actually saw this flick with friends at the long gone Fox Theater in Hackensack back in 1980.

MZNJ EXTRA TRIVIA: frequent John Carpenter director of photography Dean Cundey lensed Galaxina between The Fog and Escape From New York. Even cinematographers have to eat.