Roger Corman produced flick finds a mysterious killer brutally murdering strippers. Pretty police detective Cody Sheenan (Kay Lenz) goes undercover in a strip club to try and catch the culprit. Her partner, Heineman (Greg Evigan) tries to keep a close eye on her, but with so many suspects, can he protect her if Cody becomes the next target?

Exploitation flick is directed by Katt Shea (as Katt Shea Ruben) who used to be an actress in some Corman productions. It is another example of Corman giving women a chance behind the camera when few others were doing it. It’s from a script from she and then husband Andy Ruben and started the actress off on a career behind the camera. As with most Corman productions there is a focus on nudity and there is plenty, including from leading lady Kay Lenz. But Shea manages to also portray a more sympathetic side to these ladies and not as just sex objects. The film may be a bit amateurish at times and the script, especially the dialog, could have used a bit of work, but first time director Shea does get some effective moments in and does make us feel for the targeted strippers. The death scenes are brutal and effective and the last act reveal/chase sequence between Cody and the killer is suspenseful and puts our heroine through the ringer. The film itself is very low budget and wisely sets a lot of it’s action in the strip club and overall, is a little thriller that shows a director’s potential and does it’s job as an exploitation flick though one with a bit of a sympathetic side towards it’s subject matter.

The acting varies in a low budget flick like this. Leads Kay Lenz and Greg Evigan are vets of TV and movies and are fine. Lenz in particular has both a toughness and a soft side to her Detective Sheenan. Another TV vet, Norman Fell, is appropriately sleazy as club owner Ray, yet he’s not portrayed as an outright bad guy and does seem to have some affinity for his performers. The rest of the supporting cast do well enough as various strippers and suspects and our killer is very effective once revealed.

While far from a perfect flick, Stripped to Kill gets the job done. It gives the targeted audience the nudity and violence they came for and yet Director Katt Shea does portray her stripper characters with a sympathetic eye. There is also some disturbing scenes and some suspense, especially in the last act and leading lady Kay Lenz not only is a likable heroine cop, but is surprisingly not shy with the nudity required for the role. A very successful flick for Corman and the start of a prolific directing career for Katt Shea, including the cult classic thriller Poison Ivy with Drew Barrymore.

WARNING: This is the RED BAND trailer NSFW! 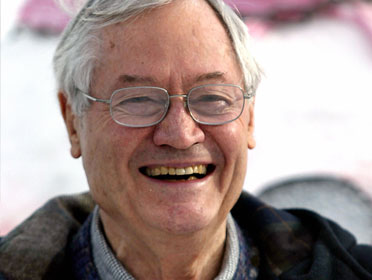 FROM FINAL GIRLS TO FILMMAKERS: HOW ROGER CORMAN HELPED GIVE WOMEN A VOICE IN HORROR!

(Just click on the movie titles to go to our full length reviews!)

Catching up with some Corman produced 80s horror, I came to realize just how ahead of his time legendary producer Roger Corman was in giving women a voice in horror as filmmakers and not just final girls!…

Roger Corman is legendary for his exploitation flicks and while some may debate the involvement of women in those films as objects of T&A elements and/or final girls in his horror flicks, they may not be aware that Corman was also boundary breaking in giving women opportunities as filmmakers behind the camera, which, especially in the horror genre and at the time…the 80s…was practically unheard of.

Today women have been showing their voice in the horror genre behind the cameras more than ever. With the starkly original works of the Soska Sisters and their American Mary or See No Evil 2, taking the horror world by storm…along with filmmakers like Jennifer (The Babadook) Kent and Leigh (Honeymoon) Janiak…that voice is louder than ever. The boundaries are starting to come down finally in a very male dominated genre and it’s a blessing to horror movie fans to be getting the works and perspectives of a whole new generation of female filmmakers, previously unheard from…but as these talents tear down the walls, is it possible there were already cracks there from an earlier time?

Three decades before this refreshing opening of doors, those doors were unlocked partially by a man that some may unfairly claim made his money exploiting women in movies, Roger Corman. During the 80s, women were just starting to make waves as filmmakers, let alone in the horror genre and Roger Corman not only produced numerous horror flicks with women writing and/or directing, but gave start to the careers of some renown producers too, like Gale Anne Hurd and his own wife, Julie Corman as well!

Corman, under his New World Pictures banner, produced Humanoids From The Deep with Barabara Peeters at the helm in 1981 and a year later gave the directing reigns to Amy Holden Jones on the slasher Slumber Party Massacre, which was also written by Rita Mae Brown. While the 1983 Suburbia, was not a horror flick, Corman gave new filmmaker Penelope (Wayne’s World) Spheeris a chance, producing her unflinching vision of a group of outcast punk rockers. It is now considered a cult classic and she a very successful filmmaker. After selling New World and starting Concorde Pictures, this trend continued. Sorority House Massacre was written and directed by Carol Frank and between 1987 and 1990 there were second and third installments of the Slumber Party Massacre series, helmed by Deborah Brock and Sally Mattison respectively. Corman even gave one of his regular actresses a chance behind the camera. Kat Shea (Barbarian Queen) co-wrote and directed Stripped To Kill for Corman in 1987 after starring in a few of his productions and doing some second unit work and writing for the legendary producer. She made a few more films for Concorde and Corman afterwards, including the immensely underrated vampire romance Dance Of The Damned in 1987. Shea…then Shea-Rubin…went on to a prolific career as a writer/director after striking out on her own. I personally find her to be a highly underrated filmmaker, whose most well-know film is probably the sexy thriller Poison Ivy with Drew Barrymore.

Corman was not the only one shaking the boundaries that are now finally coming down. John Carpenter stood by the late Debra Hill as his producer and she produced a number of his most classic films with him, including the horror masterpiece Halloween and that was only the beginning for this now legendary producer. Kathryn Bigelow burst on the scene with the vampire classic Near Dark in 1987 as did Mary Lambert in 1989 with the Stephen King adaptation, Pet Semetery. Rachel Talalay killed Freddy Krueger in Freddy’s Dead in 1991 and if not for the vision of Mary Harron, we wouldn’t have the modern classic American Psycho, which also showed us what a relatively unknown Christian Bale could do in front of the camera. Corman was not solely responsible, but certainly led the way during the 80s giving women a voice in horror behind the camera as well as in front of it…long before today’s generation of female horror filmmakers are making their presence known.

So, we are finally getting to see women make a strong mark as filmmakers in the horror genre. Their emergence was a long time coming, but there were pioneers that paved the way. While Roger Corman was not the only producer to give female filmmakers a chance on the creative end of the horror genre…and there were a handful of female directed horrors before the 80s, too…he did do it at a time where it was practically unheard of and he did it often. Do today’s filmmakers like Jen and Sylvia Soska have Roger Corman to thank for putting cracks in the barriers that they are now tearing down with their unique and talented visions as women in horror?…I’ll let you decide that for yourselves! 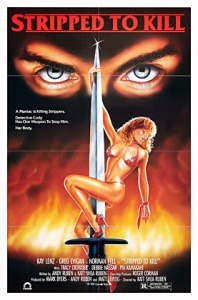