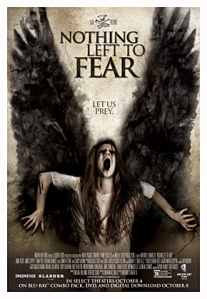 Horror flick has a very familiar story though, is competently made. A pastor (James Tupper) uproots his family from the city to take over a parish in a small rural farm town…one that, of course, has a dark secret. Obviously, Pastor Dan and family have been lured there for something other than singing Kumbaya. Film is most notable for being co-produced by rocker Slash and is written by Jonathan W.C. Mills and directed by Anthony Leonardi III. As such, it is a moderately entertaining thriller with no big scares and the usually shaky head CGI phantoms. One glaring plot hole really hurts and that is if the townies need to shut the gates of Hell, then why do they open them in the first place which we clearly witness them do? Also stars genre vet Clancy Brown, Anne Heche, and cuties Rebekah Brandes (Midnight Movie) and Jennifer Stone. A time waster but, you could do worse. 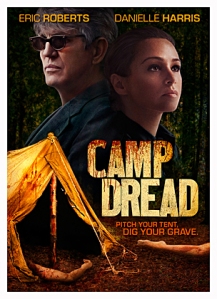 Awful movie has a washed-up, 80s horror filmmaker (Eric Roberts) planing to make a comeback by staging a horror themed reality show at a summer camp. Obviously, when the troubled young twenty somethings, that are the contestants, are eliminated, they are eliminated for real…and quite gruesomely. As written and Directed by Harrison Smith, this is a tedious and dull affair that makes 90+ minutes feel like three hours. There is no suspense, scares or surprises and the gore is phony looking, as well. Also stars Sleepaway Camp alumni Felissa Rose, Scream queen Danielle Harris…who only appears in two scenes…and if it wasn’t for some welcome eye candy from the shapely Montana Marks, this would have been a complete waste of time.