Spanish language horror/thriller finds lonely, odd doctor Jorge (Hector Kotsifakis), kidnapping and holding prisoner his pretty married neighbor Isabel (Paulina Ahmed). The more Jorge tries to convince Isabel they are made for each other, the more his behavior becomes cruel and sadistic towards her.

Awful flick is directed by Diego Cohen from a script by Marco Tarditi Ortega. It is a mean-spirited, cruel and misogynistic movie that quickly degenerates into a torture show…all in the name of love? The more Jorge tries to make Isabel see things his way, the crueler and more uncomfortable to watch this ugly flick gets. As Isabel resists, this demented doctor does increasingly sadistic things to the terrified woman, like spraying acid in her mouth and surgically removing the skin on some of her fingers. Worst part, it’s all directed with a slight tone of whimsy like we’re supposed to be endeared to Jorge’s horrid attempts to woo his tormented captive. It’s not an easy watch nor one that I would recommend anyone attempt. A cruel, heartless and unpleasant movie without a purpose or a point.

Siren is a feature film based on the V/H/S/ segment Amateur Night revolving around Hannah Fierman’s “Lily” character from that film’s story. Here she is discovered by a group of annoying bachelor partiers at a remote backwoods brothel, who discover her locked up in the building’s basement. They set her free and escape with her and now the demoness is loosed to commit carnage and murder with her handlers in hot pursuit of demon and dullards alike.

Boring movie is lamely directed by Gregg Bishop from a weak script by Ben Collins and Luke Piotrowski. No surprise original segment director David Bruckner chose not to be involved, as this is simply a really awful movie trying to squeeze a few more bucks out of one of that 2012 horror’s more effective sequences. It’s amateurishly made, badly acted and has basically little more story than the short anthology segment it’s based on. Director Bishop even doesn’t get the disturbing performance and use out of Fierman and her character that the original V/H/S/ utilized so well. The characters are dull and annoying, there are random sequences in slow motion for no reason or effect and the guy playing the villain (Justin Welborn) comes across as someone’s creepy uncle, not the badass he’s supposed to be. Epic fail on all levels. 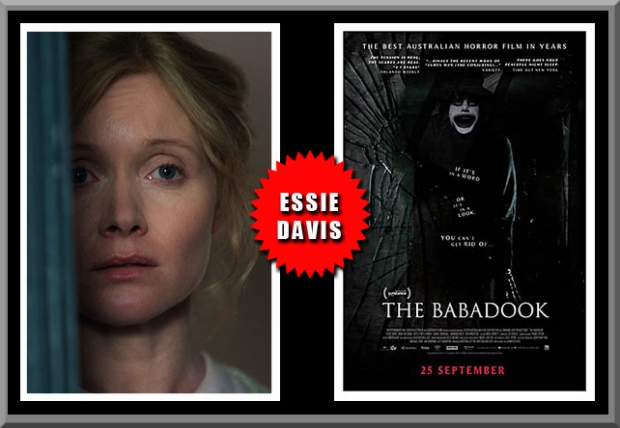 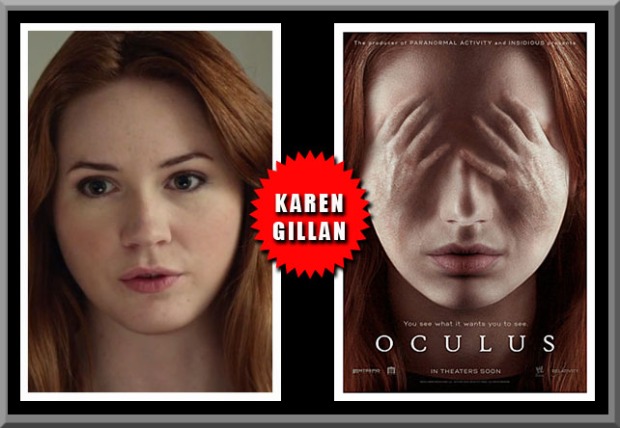 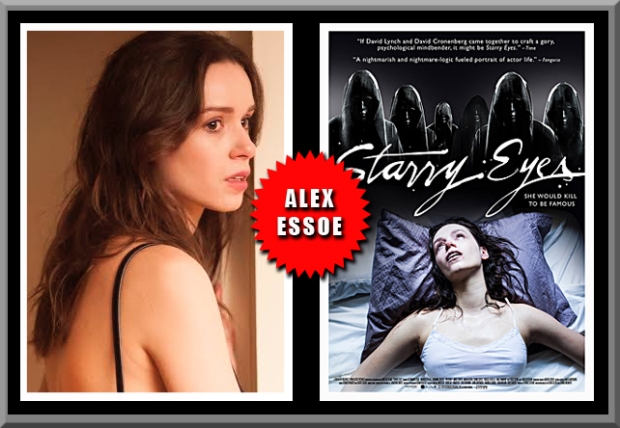 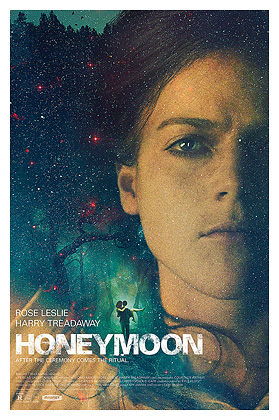 Honeymoon is a creepy and disturbing horror film that has a bit of an art house feel to it and certainly can be seen as a metaphor for the fear of entering a serious relationship with someone and suddenly finding out they are not the person you thought they were. The story finds newlyweds Paul (Harry Treadaway) and Bea (Game Of Thrones’ Rose Leslie) going to a remote cabin for a honeymoon of seclusion and romance. Strange things start to happen almost as soon as they arrive, with a light being shined into their room as they sleep and the lamps blinking on and off. One night Bea disappears and Paul finds her naked and in a trance-like state standing in the middle of the woods. The next morning Bea seems a bit off, forgetting simple things like how to make coffee and French toast. Her odd behavior begins to escalate and Paul starts to become very worried for his wife’s mental health and a bit fearful for his own. What happened to her out in those woods? Was it simple sleepwalking as a result of stress from all the recent activity, as she claims? Was there a traumatic encounter with a local man (Ben Huber) Bea has known since childhood, as Paul suspects?…or is there something more unearthly at work here?

As directed by Leigh Janiak, from a script she co-wrote with Phil Graziadei, this is a very effective and disturbing little horror, despite the fact that we’ve seen the story of the suddenly strange-behaving spouse before, though not quite told in this way. At first, husband Paul seems a bit paranoid, but our time for questioning if he’s overreacting is not long, as Bea’s behavior gets stranger and stranger quite quickly. It is chilling to watch Paul coming apart as he, in turn, watches his new wife get weirder and weirder, all the while being illusive as to what is going on. She insists she is fine, just tired, but we see it in her face and in her mannerisms that she knows far more than she is telling her increasingly frustrated and frightened husband. Her behavior creeps us out, so we can identify with what he is feeling, such as when he catches her in a mirror practicing her excuses for her behavior and writing down their names so she can remember them. Janiak does a good job of drawing us into the couple’s drama and only feeding us enough information to keep us intrigued, but still as in the dark as Paul. She knows how to build tension and knows how to present disturbing scenes for maximum effect…and there are a few gruesome scenes. She also uses the isolation of the cabin to the story’s advantage, as we do share Paul’s feeling of being trapped with someone he barely recognizes anymore…and maybe someone he should also be afraid of. The only thing that really held this back, somewhat, is that we kinda know where this is headed and despite how well it’s all presented, we are not all that surprised when it gets there. We have seen this kind of story before. It still works very well, but it was familiar and can’t escape that familiarity entirely…even with the skill of Janiak’s telling.

The cast are top notch. Rose Leslie really delivers strong work as the young bride who becomes an almost different person the morning after her ‘walk’ in the woods. She effectively creates the persona of someone desperately trying to keep up the facade of normality when she obviously knows far more than she let’s on, that something isn’t right. She really conveys the pain of someone loosing control, the more Paul strips away her excuses and demands answers she is too horrified to give. Treadaway also does fine work, though not quite up to Leslie’s level. His Paul is not quite the alpha-male and is a sensitive guy, so he quickly becomes upset when the honeymoon starts to get weird. Even with what his character is dealing with, Treadaway sometimes gets a bit too bug-eyed and a bit too whiny. Not quite over-the-top, but occasionally drifting close. We still do sympathize with him and obviously feel for him when he becomes frustrated and frightened over his wife’s behavior. His torment feels genuine and that helps make this film work as well as it does, even if he could have toned things down just a bit. The only other cast members are Ben Huber as Bea’s childhood friend Will and Hanna Brown as his wife who appears to be behaving equally odd. Their screen time is very brief, as it is basically Leslie and Treadaway’s show, but they are effective in their small parts.

Honeymoon is a spooky and chilling little movie. The story may be familiar and we may know, ultimately, where it’s headed, but it is a very effective ride under the guidance of first-time director Leigh Janiak and her good cast. There are some very disturbing and unnerving scenes within and Janiak makes good use of the secluded setting. Add in the effective breaking down of a loved one as watched by their helpless significant other and you have an intense and horrifying flick despite the familiarity of the core story.