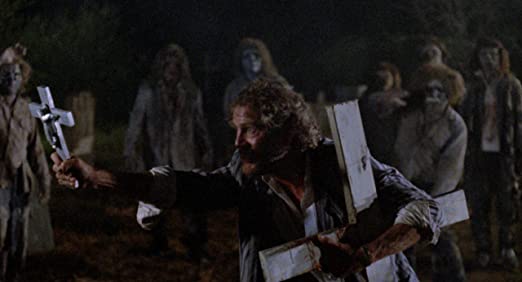 September 15th to October 15th is Latin Heritage Month which reminds us of all the great horror flicks that have come from Latin culture and Latin filmmakers! So, without further ado, here are 10 horror films from Latin countries or by Latin filmmakers, to watch in honor of the Latin contribution to our favorite genre! 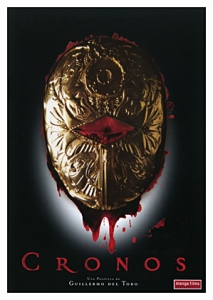 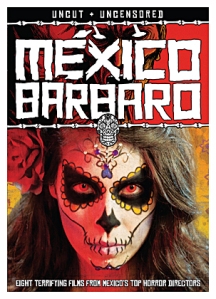 Funeral Home is a Canadian horror thriller from 1980 that I recently caught up with and is another example of the way horror flicks were made back then, slower and more methodical pacing, smaller body counts and with an emphasis more on atmosphere and mystery.

The film opens with teen Heather (Lesleh Donaldson) arriving at her grandmother Maude Chalmers’ (Kay Hawtrey) place, a former funeral home the woman has turned into a bed and breakfast to make some extra money to keep the property. Sounds like a good idea to me! While Grandpa (Jack Van Evera) mysteriously disappeared one day, Grandma Maude still speaks fondly of him and often evokes his strict moral code. And while he is remembered by the locals, like Rick (Dean Garbett), a teen who quickly takes a liking to Heather, the stories of Grandpa James vary. We see this illustrated in flashbacks when he is spoken of. Differences of opinion about old Gramps and what he was really like aside, the real problem seems to be that guests frequently up and disappear though Grandma Maude will tell you they just left suddenly. We the audience know someone is offing them violently, but what we don’t know is who and why. Maude also keeps the cellar padlocked…you know…the same cellar where voices can be heard coming from at night. The small town police force don’t seem to take the disappearances too seriously except for rookie cop Joe (Alf Humphreys), who is Rick’s brother, and Heather is starting to feel something odd is going on in the old house…but the price for asking too many questions and poking around where one doesn’t belong may be a deadly one, as some of the guests have already found out.

Directed by William Fruet, Funeral Home is an atmospheric horror and there are some spooky bits. He gives us an ominous black cat that keeps showing up almost as if trying to warn our heroine Heather that something is very wrong. The old creepy house also comes complete with simple minded handy man, Billy (Stephen E. Miller) to give us a ready made suspect. Overall, though, it’s slow moving and lacks any real tension or suspense. Fruet makes nice use of the rural locations and does create a little air of mystery, but the film never really picks up any steam till the final scenes and the revelations are really no surprise, especially to anyone who watches these type of flicks. There is some added nostalgia at this point that makes it an amusing diversion and watchable, but it’s too subdued to really make it a treat. There is some bloodshed, but it’s very tame and one wonders what kind of police force laughs off a mounting number of disappearances that all seem to link to the Chalmers’ home. A rookie cop can figure it out, but the force veterans don’t see a reason to be concerned?

As for our cast, the acting varies from wooden to bad though lead Donaldson tries hard to give us a girl next door heroine we can identify with and on that level she’s fine. Kay Hawtrey overacts delightfully and provides some unintentional fun, all the while letting us know from practically the first scene that something about Grandma Maude isn’t right. Equally over the top is Van Evera in flashbacks as Grandpa James. Is he caring, moral mortician or creepy, cantankerous old man? He’s equally campy as both! The rest of the cast are a mixed bag with only veteran actor Barry Morse giving a solid performance as one of the Chalmers’ guests who has his own personal agenda for hanging around.

All in all, if you are a fan of the horror flicks from the late 70s and early 80s, then give it a watch. It’s a film that is still made with that 70s sensibility before horrors became more about fast mounting body counts and nubile teens as it’s main characters. Not a great movie by any stretch, but it’s atmospheric, nostalgic, has it’s share of spooky moments and does provide some unintentional fun despite it’s slow pace and subdued tone. An average thriller for the time, though not without it’s entertainment value, but not a strongly memorable film when all is said and done. A mediocre but enjoyable flick.