Not everyone appreciates the found footage sub-genre, but when done right, I think they can be spooky fun! So here are ten found footage horror flicks which might provide some chills, thrills and nervous giggles during your Halloween season film festivals

2. Paranormal Activity (Obviously, you can screen the sequels, if you choose)

6. As Above So Below

7. The Taking Of Deborah Logan 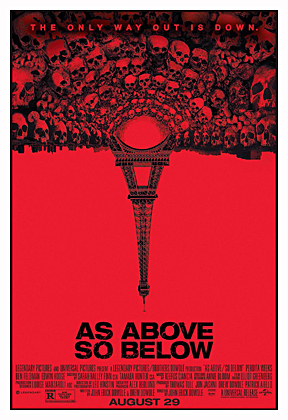 As Above, So Below is a spooky, funhouse kinda movie from John Erick Dowdle, the writer/director of The Poughkeepsie Tapes and, more recently, Devil. The found footage film tells the story of dedicated archeologist Scarlett Marlowe (Perdita Weeks) who specializes in the study of alchemy and is searching for the fabled Philosopher’s Stone, which is said to be able to turn ordinary metals into gold… and hold the secret of eternal life. Scarlett’s search leads her from the Iranian desert to the skeleton-filled catacombs beneath the city of Paris, where she believes the stone is hidden. As Scarlett and her crew descend into the caverns beneath the City of Lights, it starts to become more and more apparent that they may also be entering the very gates of hell itself.

Co-written with his brother Drew, Dowdle is showing that he is finally living up to the potential he has given us glimpses of in his previous, but, in my opinion, unsatisfactory, flicks. He crafts a very creepy and atmospheric movie that starts out slow but, like a good carnival funhouse, gradually builds momentum and gets more and more bizarre and intense as it goes along. Scarlett and her crew are clearly on a hellish ride as they climb deeper and deeper into uncharted territory and some malevolent force is more than happy to torment and divert them to even darker places than they ever imagined. They are tormented by cloaked figures, strange creatures, as well as their own personal demons and it’s disturbing and claustrophobic fun to watch their expedition spiral out of control. Sure, there are some Blair Witch-ish elements we’ve seen before but, Dowdle directs them effectively, uses the found footage format to his advantage and adds some scary and clever twists of his own. He also overcomes one of The Poughkeepsie Tapes‘ biggest flaws and gets good work out of his cast, especially Weeks, and creates some fairly realistic and likable characters. Not all of it works. Some of it gets a bit silly and the ending seems sudden and anti-climactic, but, the preceding 90 minutes is a fun and goose-bump inducing movie with a director finally his stride…or at least getting there.

So, overall, I liked this flick and had a spooky good time with it. Not everything works and it takes a while to really start giving us some good shivers but, it succeeds more than it fails, and it adds some of its own original elements to those that have become commonplace with found footage horror. Not a great movie but, a creepy and unsettling one with a few unique twists and a very atmospheric location. Also stars Edwin Hodge, Ben Feldman and Francois Civil as members of Scarlett’s crew. I already posted my Best Horror Flicks of 2014 but, this definitely would have gotten an honorable mention. Fun horror! 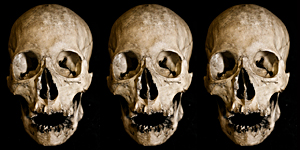