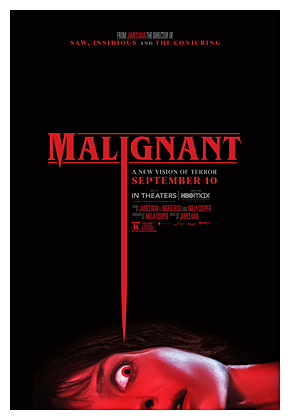 Malignant is the newest flick from James Wan, a filmmaker who has made a name for himself in contemporary horror with the Insidious and Conjuring flicks. This film tells the story of pretty Madison (Annabelle Wallis) who is in an abusive marriage and now seems to be haunted by a murderous entity that calls itself Gabriel. The malevolent specter speaks to her through electronic devices and shares each of his gruesome killings with Madison through her own eyes. There is more to Gabriel than Madison knows, though, as she and this dark being share a terrifying secret together.

Film is stylishly directed by Wan from his script and story with Michael Clear and Akela Cooper. The result is a bit of a rambling mess, but it is a good looking mess, as Wan has always been a stunning visualist. There are some nasty killings and some really great gore and make-up FX, but the film seems to be a bit of an overindulgent attempt by a filmmaker trying to pay homage to maybe one influence too many and indulging in too many contemporary filmmaking toys. We see nods to everyone from Wes Craven to Dario Argento and the result starts off well enough, but gradually goes off the rails and looses it’s fright factor quickly. In the second half things really go over-the-top and the film gets more silly than scary, especially when we get the big reveal. The action scenes start to resemble a video game—this is where the overuse of digital toys comes in—and there is some cringe worthy dialogue, as again we see a talented filmmaker overindulging himself on all levels. One can truly appreciate what Wan was trying to do here and maybe for some tastes this flick may be exactly the off-the-wall goofiness they came for, but IMO it’s a sign of too many influences spoiling the soup and the result is an overstuffed and overloaded bloody mess that elicits eye-rolling more than screams. In it’s defense, it’s definitely the type of film that could grow on someone over time with repeat viewings, once you get used to the ludicrousness of it all. Now available in theaters or streaming on HBO Max.

JAMES WAN’S MALIGNANT GETS A TRAILER! 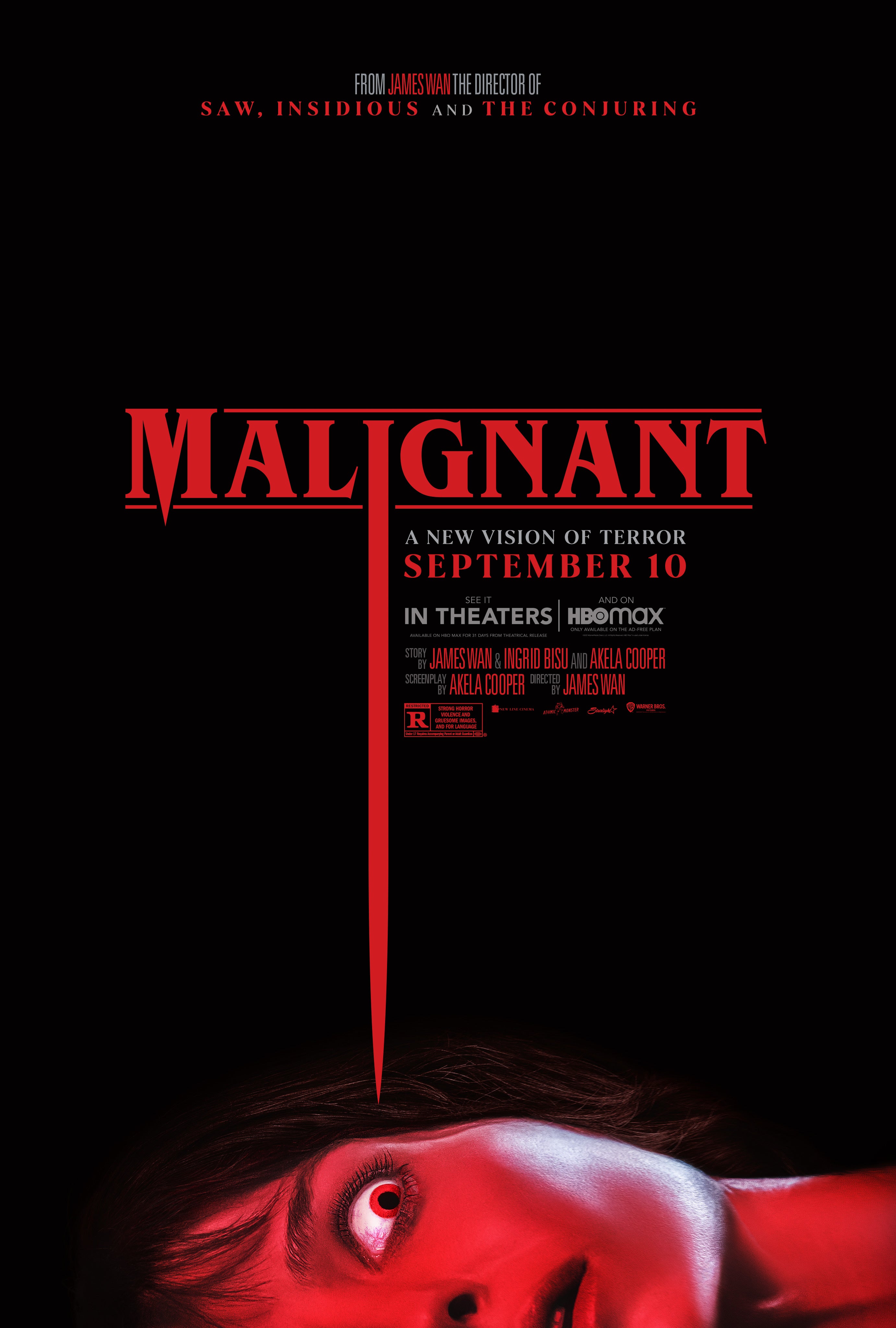 A trailer has dropped for the latest fright flick from James (The Conjuring) Wan, Malignant! Horror will premier in theaters and on HBO Max on 9/10/2021 and the synopsis as per Warner Bros…

In the film, Madison is paralyzed by shocking visions of grisly murders, and her torment worsens as she discovers that these waking dreams are in fact terrifying realities.

Flick stars Annabelle Wallis as Madison and is directed by Wan from a script by Akela Cooper based on their story with Ingrid Bisu!