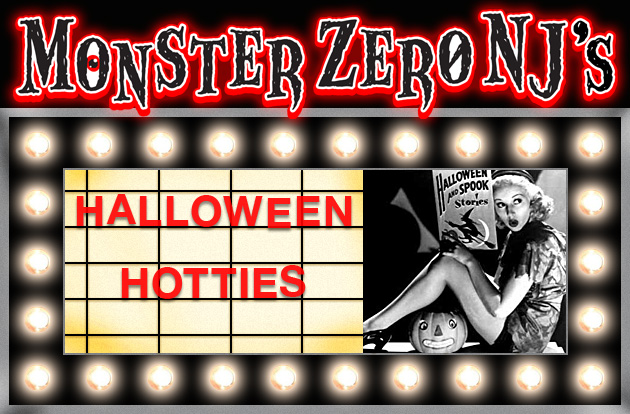 HALLOWEEN HOTTIES: ROOKIE OF THE YEAR 2021!

This newest installment of Halloween Hotties features a relatively new girl on the block, though technically not a total rookie. She did appear in 10 episodes of season 2 of AMC’s The Terror series in 2019, but didn’t get her first lead role in a horror movie till the 2021 Netflix original No One Gets Out Alive. The Mexican born actress made an impression in her final girl debut as Ambar, an undocumented immigrant, who has moved into the wrong boarding house. The actress displayed some strong final girl/heroine qualifications, gave the role some nice emotional resonance and did some major ass-kicking! So without further ado…MonsterZero NJ’s Halloween Hotties rookie of the year 2021 is…

CRISTINA RODLO as AMBAR in NO ONE GETS OUT ALIVE!

Cristina as Ambar, an undocumented immigrant just looking to make a living.

Harassed at work and taken advantage of, may be the least of Ambar’s problems!

Something very wrong is going on at this boarding house!

This was not part of the rental agreement!

Cristina’s Ambar is a tough girl who won’t give up without a fight! 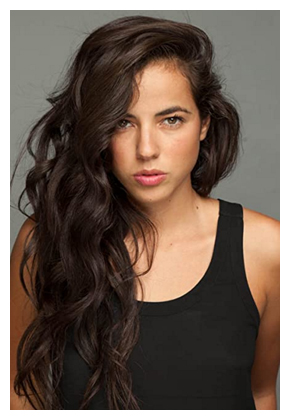 There’s no telling where this beautiful and talented actress will show up next. She seems to keep busy and has been acting steadily since 2008. Hopefully she’ll return to the horror genre soon, as she made a kick-ass final girl!

And don’t forget to check out our previous Halloween Hotties!

Head over to the Halloween Hotties listings! to read them all!)

Book based horror finds undocumented immigrant Ambar (Cristina Rodlo) coming to America and facing all sorts of challenges, from the creepy landlord (Marc Menchacha) at the boarding house she is staying at, to her demanding boss (Mitchell Mullen) at the sweatshop she works at, to the extreme costs of fake IDs. Those are the least of her worries, though, as the boarding house has a dark past, might be haunted and a terrible fate possibly awaits her and her fellow borders there.

Flick is well directed by Santiago Menghini from a script and story by Jon Croker and Fernanda Coppel based on a book by Adam Nevill. Aside from being very spooky and atmospheric, Menghini conjures some very chilling and effective imagery and some unsettlingly bloody violence. Through Ambar, director and writers also paint a tale of undocumented immigrants being taken advantage of, abused and cheated, as going for help would only get them deported. This gives the flick some emotional weight amongst the scares. Add to that, something very wrong is going on in this boarding house and a malevolent supernatural force may be after Ambar and the other girls, and you have a fright flick that is not without something to say. Menghini creates some nice chills and scares and delivers a very unsettling and gruesome last act when evils, both paranormal and not, come out of the shadows. The fact that the cast is good, with Cristina Rodlo making a really strong heroine, adds a nice bonus to an already solid horror flick from Santiago Menghini and company. Recommended! Now streaming on Netflix.

Based on a book by Adam Nevill, this chiller finds four friends traveling deep into the Swedish wilderness on a hiking excursion while mourning the death of a fifth member of their group. Deep in the woods they find a supernatural entity presides there, one worshiped as a deity by the locals and who feeds on the mental…and physical…pain of it’s sacrifices…and anyone wondering into it’s territory qualifies as a sacrifice.

Film, directed by David Bruckner (the Amateur Night segment of V/H/S) from Joe Barton’s script, which is based on Nevill’s novel, evokes mixed feelings. On one hand it is basically The Blair Witch Project meets The Wicker Man (original version, of course) and thus is very familiar. On the other hand, Bruckner does conjure up some spooky sequences and the film has a very unsettling visual style, especially in the last act when it’s wendigo-like deity makes it’s appearance. There are scenes directly lifted from The Blair Witch Project with symbols found carved on trees, strange formations made from sticks and antlers and characters screaming in the distance as something unseen drags them away. There is a spooky cabin in the woods and even a witch. We do, however, also get some gory stuff with animals and people found gutted and hanging from trees and some very unsettling dream sequences, especially from lead Luke (Rafe Spall) who feels guilty over his friend’s death. It turns full blown into The Wicker Man in it’s last act, when the surviving hikers are taken to a village lost in time, where they are to be sacrificed to whatever lurks among the trees. Once the thing shows up, Bruckner gets some good effect from the spirit creature’s look and ferocity and the fight to escape it by the remaining characters. The movie is atmospheric and the small cast perform their clichéd roles well. There is a spooky score by Ben Lovett and some really effective cinematography from Andrew Shulkind to add to it’s overall effectiveness.

This film was a bit hard to rate as it is very effective in terms of it’s atmosphere, it’s spooky visuals and some effectively creepy moments from director Bruckner, but constantly reminds us of other movies. It does use the familiar elements to do it’s own thing, but also borrow heavily from some widely renown films. It’s definitely worth a look, but go in knowing you’ve seen a lot of it before. Also stars Arsher Ali, Robert James-Collier and Sam Troughton as Luke’s three friends. Film is currently streaming on Netflix.