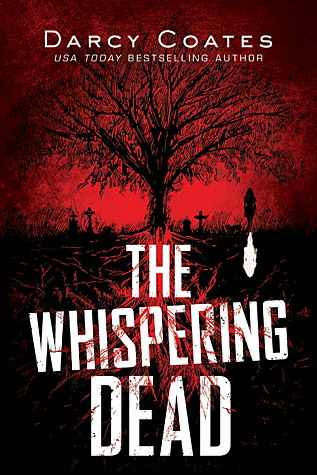 THE WHISPERING DEAD by DARCY COATES

Latest book from Darcy Coates begins with a young woman named Keira fleeing from a group of men who are hunting her. She has no memory of who she is and why she is being pursued. She finds herself at a small church and graveyard, outside the remote town of Blighty, where a kindly pastor lets her stay at the groundskeeper’s cabin. There she discovers that she can see and communicate with the spirits still inhabiting the cemetery and gets embroiled in a mystery, while helping the troubled ghost of a murdered young woman move on from her mournful wandering.

Once again Coates spins an entertaining yarn that is equal parts ghost story and mystery. A story brimming with fog shrouded graveyards, shadow filled woods and locals with dark secrets. It’s the start of a new series, so don’t expect to get answers to all your questions, but Keira is a very engaging character and the town of Blighty a strange and gothic place, filled with some eccentric—and maybe some dangerous—characters. It’s a very quick read and a very entertaining tale, populated with some likable supporting characters, such as Pastor Adage, conspiracy theorist and general store clerk Zoe and charming med student Mason. The type of spooky fun book, perfect for reading under the covers at night, that we’ve come to expect from Coates, and starring a heroine we want to hear more from.

One thought on “BARE BONES BOOK REVIEW: THE WHISPERING DEAD by DARCY COATES”