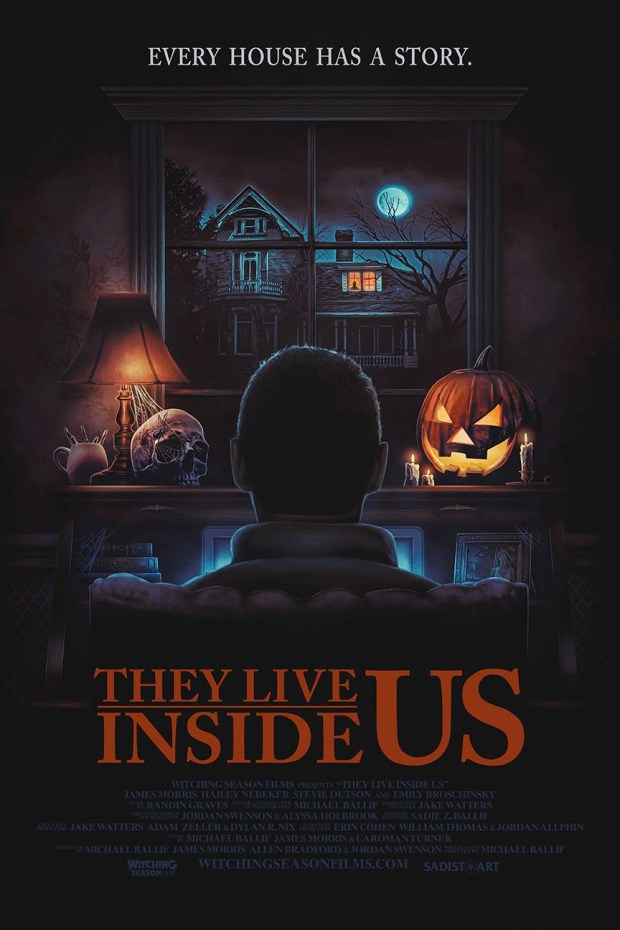 The people who brought us the creepy cool anthology web series The Witching Season are back with their first feature film!…They Live Inside Us! The official synopsis via IMDB reads…

“Seeking inspiration for a new writing project, a man spends Halloween night in a notoriously haunted house. He soon realizes he is living in his own horror story.”

The film is directed by Michael Ballif from his script with James Morris and Caroman Turner. The spooky flick is set to release on VOD and streaming formats on 10/6/20 right in time for Halloween 🎃!