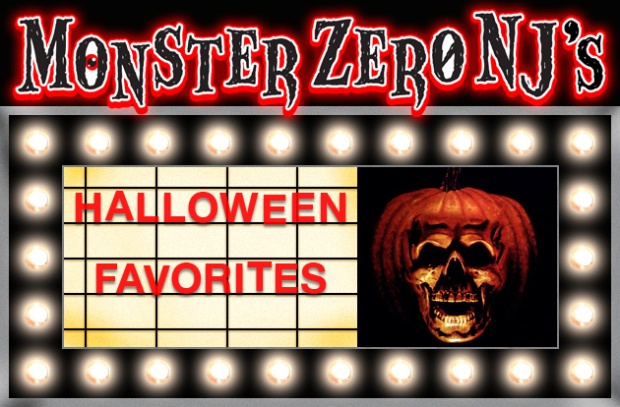 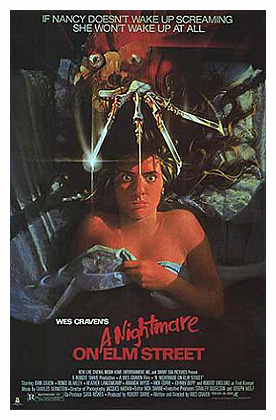 Much like a dream…or a nightmare…A Nightmare on Elm St. is many things at once. It’s one of the quintessential 80s horror flicks…defining a decade where horror was quite prolific…it gave birth to the legendary icon that is Freddy Kruger (Robert Englund)…who now sits proudly among Frankenstein’s monster and Count Dracula in the halls of horror… and it certainly is one of Wes Craven’s best films, in a solid career of genre filmmaking. Most of all, it’s a damn good horror flick!

Wes Craven gives us a cast of likable teens haunted by the malevolent specter of a child molester that their parents murdered after he was freed on a technicality. Now vengeance comes when they are at their most vulnerable…while they sleep. And that’s what makes this work so well. We all know how vulnerable we are when we are sleeping and Craven uses that fear to not only draw the audience in, but present us with some unsettling and spooky dream sequences where Freddy torments and then finishes off his victims. Craven also crafts a spooky boogie man who is a very frightening figure in his first outing, before becoming an anti-hero of sorts in the later sequels that got more humorous and outlandish as they went on.

The lead cast is fairly solid including spunky Heather Langenkamp as our heroine Nancy, Amanda Wyss as the ill-fated Tina, Nick Corri as Tina’s delinquent boyfriend Rod, the always good John Saxon (and I am a BIG John Saxon fan!) as Nancy’s sheriff father and a young unknown named Johnny Depp as Nancy’s boyfriend Glen…not to forget Robert Englund chilling our bones as Freddy in a role that would make him a horror film legend.

The film isn’t perfect, there is some very weak dialog peppered throughout and a few weak performances in the supporting cast especially Ronee Blakely who seems to be acting in another movie, or a soap opera, as Nancy’s alcoholic mother. Langenkamp has a few weak moments early on, too, but as Nancy gets stronger so does her performance. Flaws aside, the make-up and gore effects supporting our story are quite good and the dream sequences are visually effective and quite spooky, despite the limitations of a low budget. The film is loaded with chills and suspense and is still effective all these years and sequels later.

Another trend setting horror and a true classic that continues to find fans with each new generation. This series was a favorite of mine as the 80s horror franchises went, as the Halloween and Friday the 13th sequels just became redundant weapon of the month club features while the Elm Street films, even in their weakest installments, were continually inventive with their nightmare sequences. Also stars the Insidious series’ Lin Shaye as one of Nancy’s teachers. A classic!

19 thoughts on “HALLOWEEN FAVORITES: A NIGHTMARE ON ELM STREET (1984)”