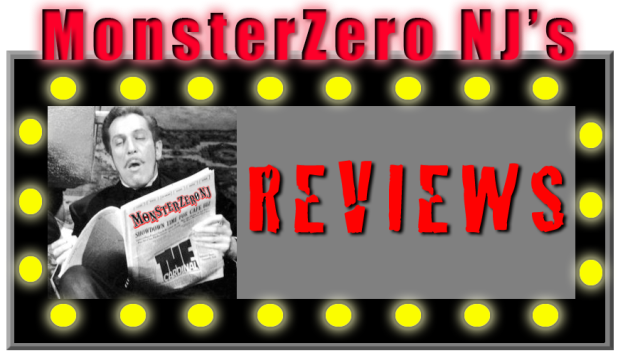 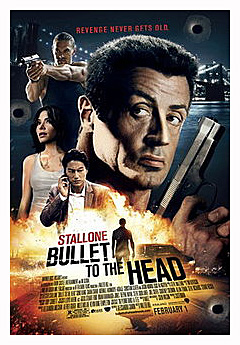 Sly Stallone plays Jimmy Bobo, a New Orleans hitman who, along with his partner, takes out a target. But, Jimmy and his partner are then targeted themselves by a vicious assassin, Keegan (Jason Momoa) and his partner is killed. Jimmy soon finds out that his target was a former DC cop and now reluctantly teams up with the cop’s ex-partner, Kwon (Sung Kang) to find out why the former cop was targeted and why he and his partner were double crossed. Obviously Bullet’s biggest problem is a convoluted and routine story of the usual conspiracy reaching high levels and prerequisite cover-up attempts. We even get Jimmy’s hot tattoo artist daughter, Lisa (Sarah Shahi) who exists only to be taken hostage at one point. Added to the been-there-done-that story is a slew of bad dialog including some awful Asian jokes made at Kwon’s expense. I’m not politically correct but, if you’re going to go that route, at least come up with something new and clever in the racial jokes department. The dialog in general is pretty lame so, at least a few good one liners would have been nice. Aside from the sub-par script, Walter Hill’s direction is pretty uninspired. The film is very by-the-numbers and there is little energy though, the two fights between Momoa and Stallone are fast paced and have some impact but, that’s it. What happened to the director who gave us classics like The Warriors and 48 Hours? As for the cast, despite not having much to work with, Stallone is solid. Between this, Rambo and The Expendables flicks, he plays the aging warrior well. Too bad he wasn’t doing it in a much better movie. Sung Kang is rather bland as the cop caught up in this mess but, it’s Stallone’s show and he is basically a tag along anyway. Momoa makes a good villain though and sexy Sarah Shahi is hot in the cliche’ family member/future hostage role so their reputations are safe. Rounding out the cast are Adewale Akinnuoye-Agbaje and Christian Slater as the generic and dull bad guys responsible for all the conspiracy and killing. Other then a few decent action scenes and some nice use of the New Orleans locations, there really isn’t much to recommend here unless you are a fan of one of the cast or Hill and feel you need to check it out for yourself. Completely generic and a definite misstep for Stallone during what is a nice career resurgence for him.