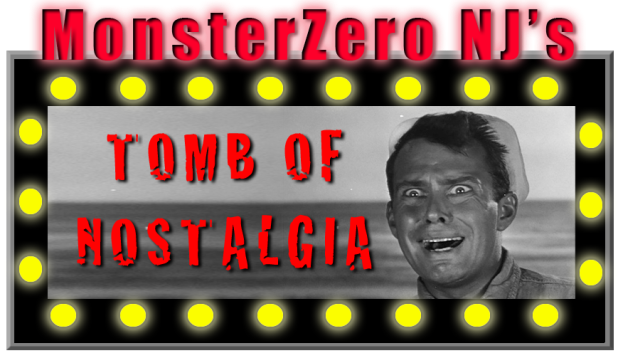 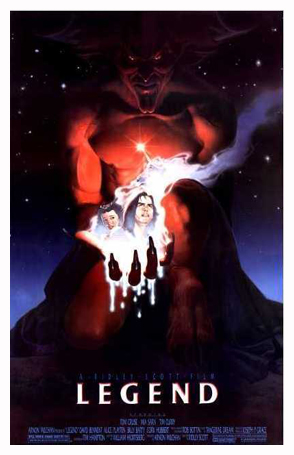 In 1985 when Ridley Scott tested the 113 minute cut of his fantasy epic Legend, it didn’t test well with audiences and it was deemed that it took far too long to get to the action. The film American audiences finally saw was 89 minutes but, the film was a box office failure anyway. Now the film has been restored to Scott’s original 113 minute cut and has been beautifully presented on blu-ray for fans to finally see the film Scott intended. But, is it a better film then what I originally saw in a theater in 1985? I think so. I will agree it does take a lot longer to get to the questing and rescuing but, a lot of the fairy tale elements and atmosphere have been restored with this edition of these removed sequences and a lot more story and character interaction does enrich the film and make it less a music video and more a fantasy film. The restoring of Jerry Goldsmith’s score also changes the atmosphere and gives it more of an epic fantasy feeling. I like Tangerine Dream’s work on the theatrical cut, but, it does give it more of the before mentioned music video vibe. Remember MTV was still new and a big thing when this was released so, I wouldn’t doubt that was what they were going for. Legend tells the story of lone woodsman Jack (Tom Cruise) who is trying to woo a princess named Lili (Mia Sara). He decides to take her to see the last pair of unicorns whose magic keeps the sun rising and good and light in this fantasy world. But, the evil Lord Of Darkness (Tim Curry) plans to destroy the unicorns and bathe the world in darkness so he and his minions may rule. When the unicorns are distracted by the innocence of virginal Lili, one is poisoned and it’s horn stolen by Darkness’ goblins. Soon they capture the last remaining unicorn and Lili as well and Darkness plans to kill the magical animal and wed the girl. Now it is up to Jack and an assortment of Wood Elves, Brownies and Fairies to rescue Lili and save the unicorn from within Darkness’ lair. Whether it’s the director’s cut or theatrical cut, Legend is an amazingly beautiful and sumptuous visual fantasy feast under Ridely Scott’s lens. The visuals are stunning and without benefit of CGI and they, even by today’s high-tech standards, are breathtaking. There is plenty of action and a lot of strange creatures both good and bad and all rendered with some fantastic make-up FX from The Thing’s Rob Bottin. Tim Curry’s Darkness has become an iconic character and is truly remarkable to see. Again, no CGI. As for the acting, Cruise and Sara are fine but, it was early in both careers and the performances are not as strong as they would be today, now that both are veterans. Curry on the other hand, radiates both evil and malicious charm through the layers of latex and even though he looks completely inhuman on the outside, he gives the Dark Lord a vivid personality and makes him a threatening villain worthy of such an epic fantasy film. Overall, we have a lot more moments with all these characters together with the expanded cut. To me it adds a richness to the film that wasn’t there in the theatrical version, especially in Jack and Lili’s relationship, their feelings for each other are far more explored and we get a better idea of why Jack risks so much for her. I feel this Legend is far more a fairy tale in this version then fantasy themed action movie and like Jackson’s Lord Of The Rings films decades later, it’s worth sitting through more of these little moments to emotionally enrich the film as it only gives the action scenes more depth. I still think the theatrical cut has it’s merits as a fun, breezy 90 minutes of fantasy action but, if you want more depth and don’t mind spending a bit more time reveling in Ridley Scott’s beautiful fantasy world, then the director’s cut is for you.