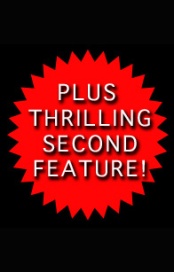 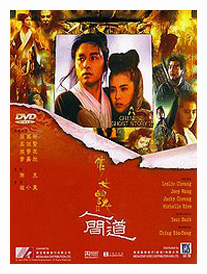 One of my all time favorite films since first seeing it at The Film Forum in NYC at The Hong Kong Film Festival in September of 1991. This Hong Kong classic is an enchanting supernatural romance/action/ fantasy, a fairy tale-like story of a meek tax collector, Ning Tsei-Shen (the late Leslie Cheung) in ancient China, who encounters and falls in love with a beautiful ghost, Nieh Hsiao-Tsing (the gorgeous Joey Wang). But this enchanting specter who has stolen his heart is betrothed to the devil himself by her master, the soul sucking Tree Demon (Lau Siu-Ming). The mild mannered Ning Tsei-Shen teams up with a powerful Taoist monk (the scene stealing Wu Ma) and vows to save his supernatural love from her eternally damning fate.

A Chinese Ghost Story is simply a great movie directed by legendary Hong Kong director Ching Siu-Tung and produced by the equally legendary Tsui Hark, that delivers everything from sumptuous cinematography, charming romance, thrilling martial arts action, spooky scares and some very effective old-school SPFX. The film has the wonderful ability to charm us, entertain us, give us the chills and make us laugh out loud. The cast is perfect with leads Cheung and Wang making an enchanting couple, Wu Ma a cantankerous mix of Bruce Lee, Gandalf and Yoda and Lau Siu-Ming is creepy and formidable as the weirdly androgynous Tree Demon. A simply wonderful and wildly entertaining film!

Chinese Ghost Story 2 is a cinematic rarity, a sequel that’s an equal. Tax collector Ning Tsei-Shen (Leslie Cheung) returns and is once again drawn into a battle with evil supernatural forces over a woman. This time, she’s a flesh and blood woman, Windy (Joey Wang) who is the spitting image of his ghostly love from the previous installment. As Ning is mistaken for a rebel leader, he is more then happy to perpetuate this error in order to get close to the beautiful rebel, Windy. But the rebels are up against a demon in disguise and once again Ling is forced to battle an assortment of supernatural foes.

Chinese Ghost Story 2 is a bit bigger with more action, but, the human element is not lost thanks to another fine performance by Leslie Cheung as he tax collector and Wang as his paramour, Windy. There are some delightful new characters such as cocky Taoist monk, Autumn (Jacky Cheung), Windy’s spunky sister, Moon (Michelle Reis) and heroic swordsman, Fu (Waise Lee). There is also a surprise cameo from a character from part 1 that I won’t spoil, but the audience at The Hong Kong Film Festival at the Film Forum in NYC erupted in thunderous cheers when they appear. While less of a romance and more of a supernatural adventure this time, CGS2 nonetheless has some great action, some nice chills, some hysterically funny scenes, (one involving two characters, a giant demon and a freezing spell might be among my favorite slapstick comedy scenes.) and some charming old fashion FX that might be cheesy elsewhere, but bring a smile to one’s face here. Again Ching Siu-tung skillfully directs and beautifully shoots this great follow-up and Tsui Hark again produces. Another Hong Kong classic.

There is a Chinese Ghost Story 3 (1991) also directed by Ching Siu-Tung and while it is entertaining, it takes place 100 years later and is almost a reboot, so it doesn’t quite fit in with the first film and it’s direct sequel…unless you want to include it for a complete trilogy viewing. Joey Wang stars again, this time as a Ghost named Lotus and Lau Siu-Ming returns as the tree demon.