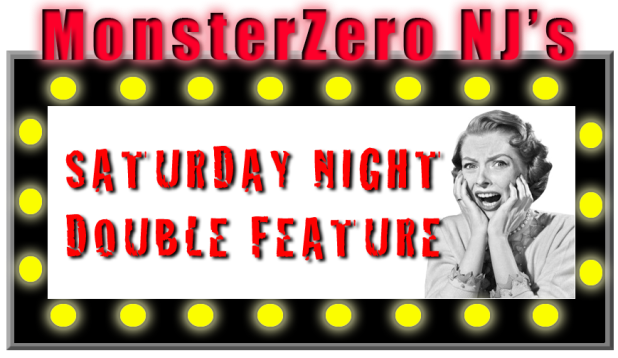 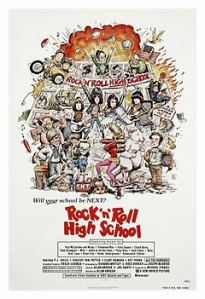 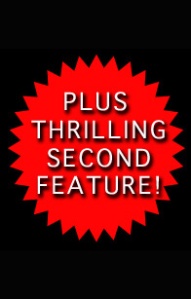 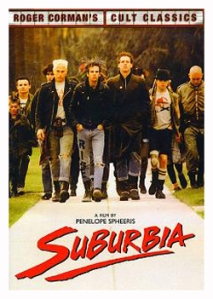 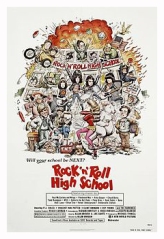 Roger Corman produced cult classic featuring legendary punk rockers The Ramones and revolves around their biggest fan, rebellious teen Riff Randall (P.J. Soles), and her efforts to see her favorite band in concert. But, standing in her way is the new stuffed shirt principle, Miss Togar (Mary Woronov) who’s out to stop her, ban Rock ‘N’ Roll and end the fun at Vince Lombardi High School forever. Can Riff and the Ramones save the day for the students of VLHS? Musical comedy is light and fun as directed by Allan Arkush and features a lot of the Ramones music, and who can argue with that! There are a lot of funny set pieces to go along with the great music and most of the characters are played for laughs including Togar and stuffy music teacher Mr. McGee (Paul Bartel). Made in 1979, film is actually ahead of it’s time as it comes across more as an 80’s teen comedy like Fast Times at Ridgemont High. Flick made cult icons out of P.J. Soles, Mary Woronov and Paul Bartel, who himself directed the cult classics Death Race 2000 and Eating Raoul. A fun Rock ‘n’ Roll musical and a must see for Corman and Ramones fans. Also starring Clint Howard, VInce Van Patten and Dey Young as Riff’s best friend, Kate.

Available now from the great folks at Shout Factory! 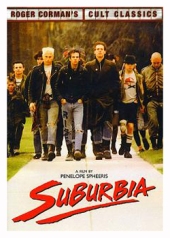 Another Roger Corman produced cult classic about a group of poor urban punk rockers in L.A., who, as outcasts, come together and form the “family” unit, in an abandoned house, that was denied them in their own dysfunctional homes. Director/writer Penelope Sheeris overcomes the minimal acting talent from her cast of unknowns to create a strong, poignant and sometimes shocking portrayal of the poor urban youth during the 80’s era recession, who got caught up in the underground punk movement. Spheeris avoids the stereotypical portrayal of punks that most films, from then till now, have embraced and portrays them as human beings whom society and their own families have cast out. Unfortunately, their need to rebel and non conformist style brings them into conflict with some of the more narrow minded members of their community, as well as, the police… and with tragic results. Suburbia has a raw and gritty realism to it that makes it a surprisingly powerful low budgeter about urban youth and how they are neglected and misunderstood. Features performances by legendary punk bands TSOL and The Vandals.

MonsterZero NJ trivia: Punker Razzle is played by a certain “Mike B. The Flea” … three guesses what Mr. “Flea” does now.

Also available  from the great folks at Shout Factory!